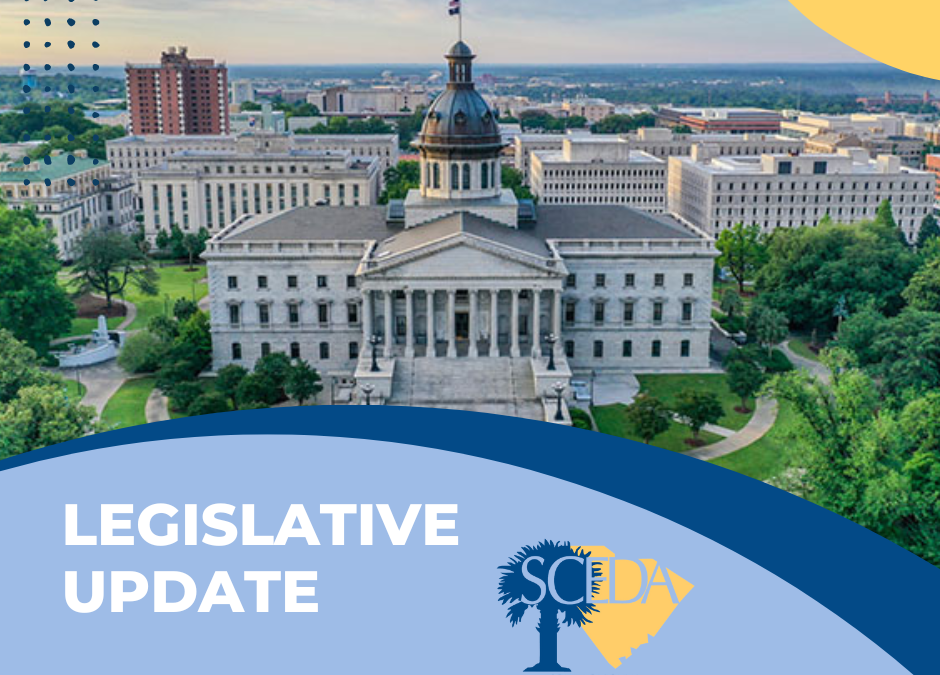 House Proposes Workforce Reform Bill
Led by Speaker Murrell Smith and Economic and Utility Modernization Ad Hoc Committee Chairman Jay West, a bill was introduced in the House that would make significant changes to the way in which the State administers workforce issues. Here are the highlights of H.3726.

The bill and initiative seek to:

SC Department of Agriculture Proposes $75M Plan to Increase Agribusiness
In the Economic and Utility Modernization Ad Hoc Committee, chaired by Rep. Jay West (R- Anderson), Commissioner of Agriculture Hugh Weathers discussed a $75M plan that will add value and production to agribusiness in the State, which has already seen a 40 percent increase in growth over the last decade. Weathers said there is nearly $1B in growth potential in the State and this one-time request, similar to what North Carolina did in its plan, will maximize South Carolina’s potential for agribusiness growth.

More specifically, Commissioner Weathers said many agribusiness projects fall below what is needed to qualify for existing incentives provided by the State. These dollars are intended to fill in those gaps.

Senate Debates School Choice Bill
The Senate began its debate on S. 39, by Senator Larry Grooms (R-Berkeley) this week. The bill would set aside money for parents who meet certain qualifications to send their children to a school in another district or a private school. This legislation passed the Senate last year after a lengthy debate. Debate will continue Tuesday when the Senate returns.

DOT Discusses 2023 Budgetary Outlook
In a House Ways and Means subcommittee this week, the SC Department of Transportation discussed its budget. Here are some of those highlights:

Its budget requests include:

In other DOT news, the Senate Transportation Committee passed out S.361, which removes the requirement that the Commission approve certain projects (Commission will still need to ratify) under $150,000.

Introductions of Note
S. 399
Senators Harvey Peeler (R-Cherokee) and Thomas Alexander (R-Oconee)
This bill would split DHEC into two agencies, one for health issue and one for environmental issues.

H. 3724
Rep. Cal Forrest
A bill to exempt electricity used exclusively for the commercial processing of peaches for sale.